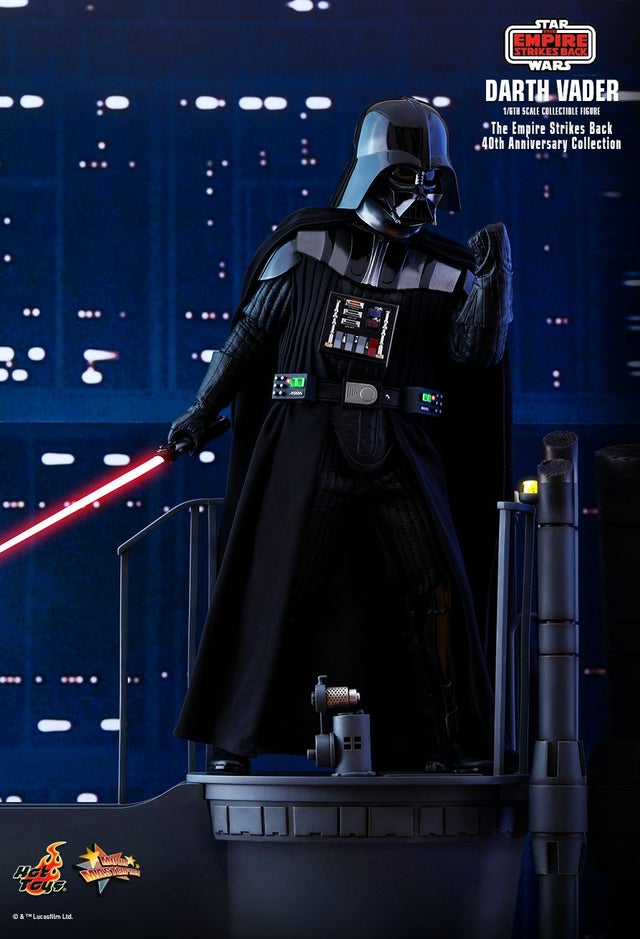 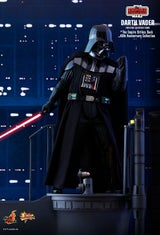 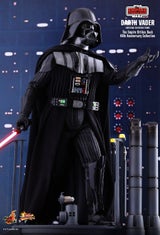 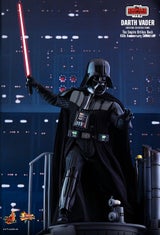 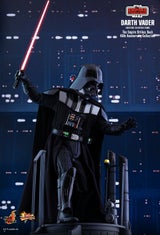 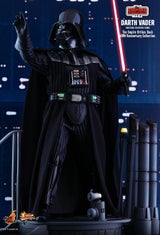 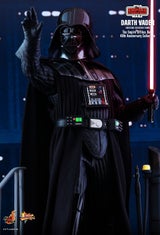 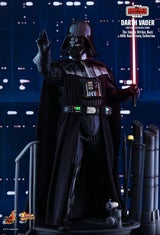 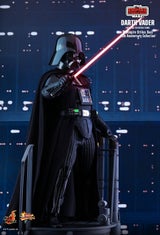 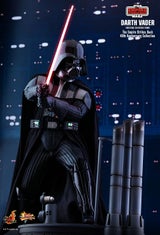 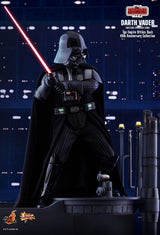 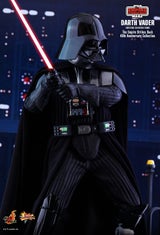 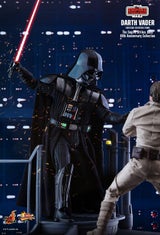 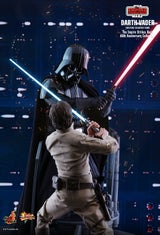 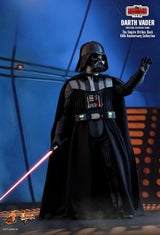 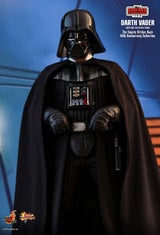 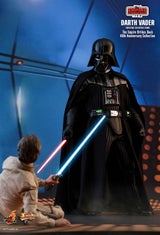 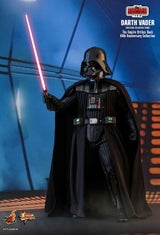 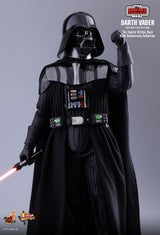 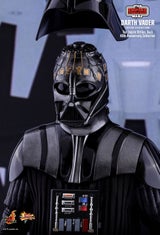 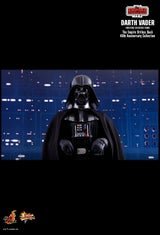 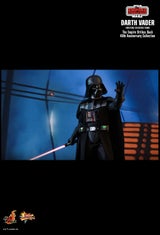 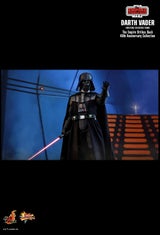 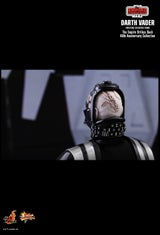 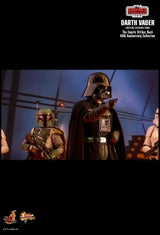 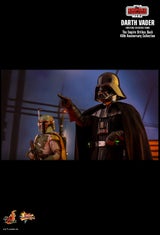 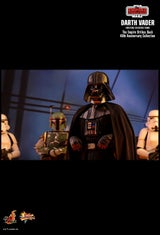 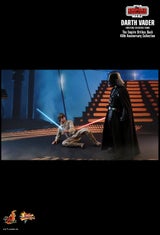 In Star Wars: The Empire Strikes Back, Darth Vader attempted to convert Luke Skywalker™ to the dark side by luring the young Skywalker into a trap in the Cloud City of Bespin. In the midst of a fierce lightsaber duel with the Sith Lord, Luke faces the startling revelation that the evil Vader is in fact his father, Anakin Skywalker…

In celebrating Star Wars: The Empire Strikes Back 40th anniversary, Hot Toys is excited to introduce a series of throwback collectibles based on this iconic film! Today, Hot Toys is pleased to re-introduce the highly popular 1/6th scale Darth Vader Collectible Figure with a specially designed retro style packaging!

Embrace the 40 year legacy of this cinematic masterpiece and don’t miss out on this stunning Darth Vader collectible figure for your The Empire Strikes Back 40th Anniversary Collection!

- Authentic and detailed likeness of Darth Vader in Star Wars: Episode V The Empire Strikes Back

- One (1) pair of lightsaber holding hands

- One (1) pair of hands for holding belt boxes

- One (1) piece of Force-using right hand

**Batteries are not included for the diorama figure base, 3A batteries (3 pieces) are required