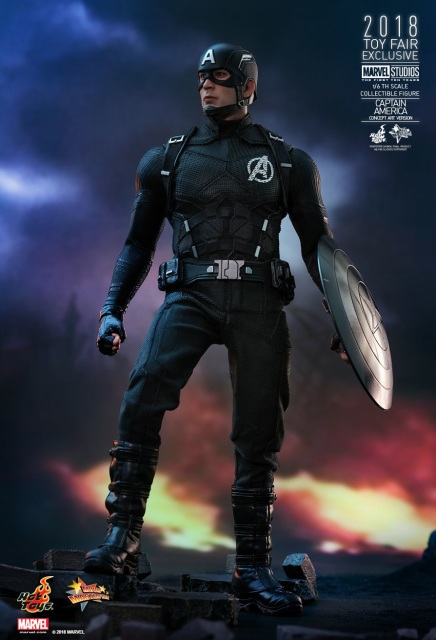 For over a decade Hot Toys had created almost 200 astonishing collectibles based on Marvel Cinematic Universe! It’s an amazing journey for Hot Toys to be part of Marvel Studios’ first ten years, and Hot Toys’ dedicated team will continue to create the highly movie accurate and fine detailed collectibles based on fans favorite movie titles!

Ryan Meinerding, who has been with Marvel Studios since the early days of Iron Man, helps to design the look and feel of the Marvel Cinematic Universe. He was the visual development supervisor and the suit developer in Captain America: The First Avenger and has done the concept design for all of Captain America's suits.

Reserve a spot for this concept art version of Captain America inspired by Ryan Meinerding to your special Marvel collection today.

- One (1) pair of shield holding hands

- One (1) black-colored leather-like belt with pouches