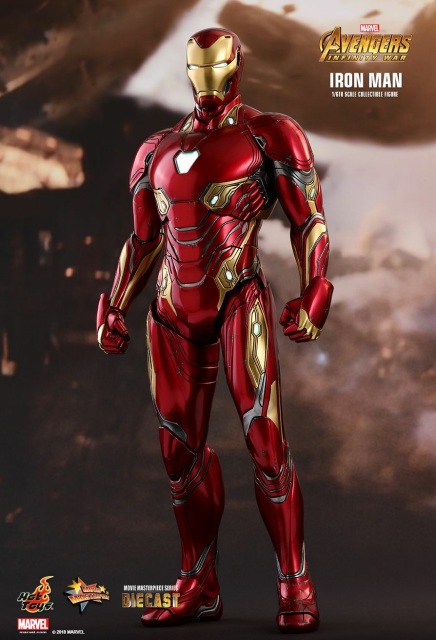 A new threat has emerged from the cosmos and it became too heavy for any hero to handle! The Avengers must join forces to protect the world and to stop the ruthless warlord and his formidable allies from destroying the universe! Together with other significant superheroes, the latest Iron Man with advance technology that Tony Stark has created will fight against their ultimate villain Thanos!

- One (1) newly painted head sculpt with authentic likeness of Robert Downey Jr. as Tony Stark in the movie

- One (1) pair of attachable Nano Boosters on the back