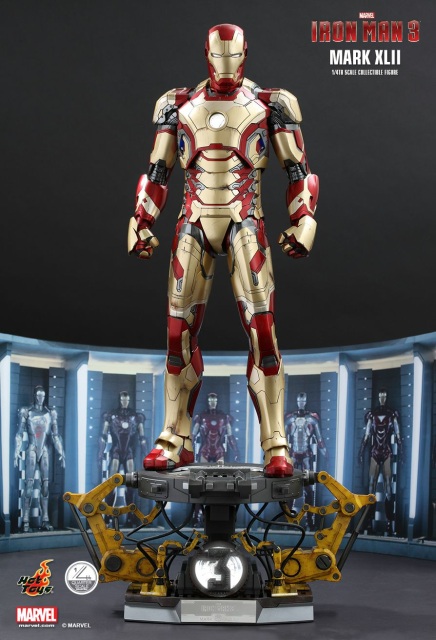 Iron Man fans shouldn’t pass up on the opportunity to add this incredibly detailed 1/4th scale collectible figure of the Mark XLII to your great collection!

- One (1) pair of attachable shoulder missiles

- One (1) battery booster with electrical cables