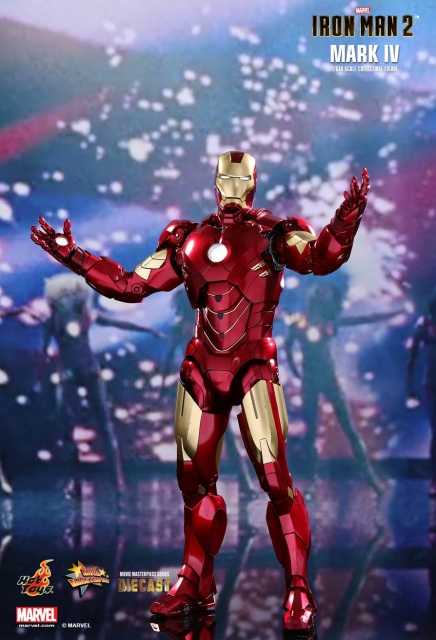 Built subsequently as a replacement of Mark III, the Mark IV armor is one of the fan-favorite classic Iron Man suit throughout the years since its introduction in Marvel Studios’ Iron Man 2. Today, Hot Toys is thrilled to expand our MMS Diecast Series by presenting the new 1/6th scale Mark IV collectible figure and celebrate the new year of 2018!

Make sure you grasp this opportunity to own this awesome new Iron Man Mark IV collectible figure as it will definitely be a perfect piece to be placed along with your Hot Toys MMS Diecast collection!

- Over 30 points of enhanced articulations

- One (1) pair of red-frame sunglasses