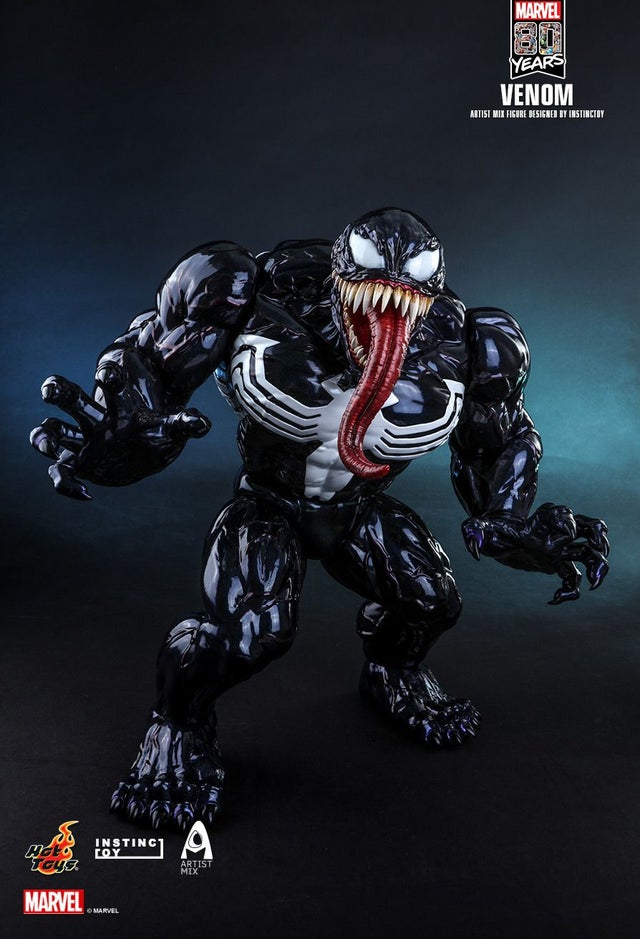 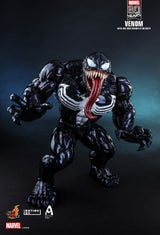 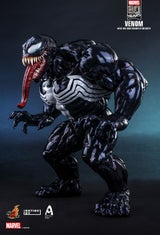 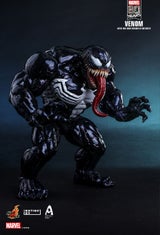 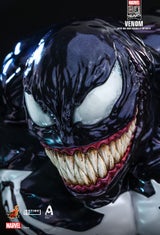 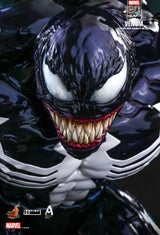 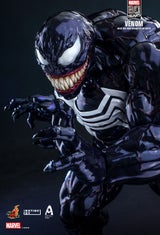 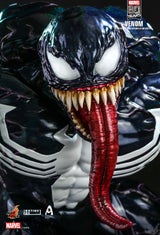 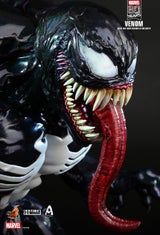 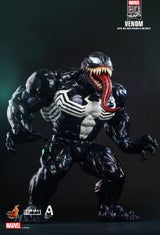 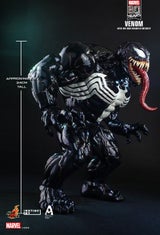 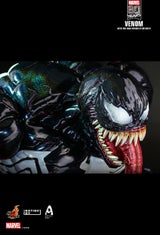 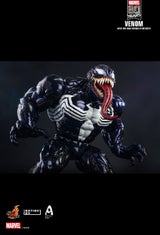 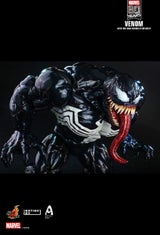 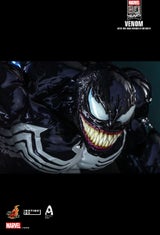 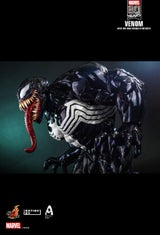 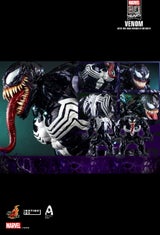 The character is a sentient alien Symbiote with an amorphous, liquid-like form, who requires a host, usually human, to bond with for its survival. After bonding with a human host, the Symbiote bestows its enhanced powers upon the host. When the Venom Symbiote bonds with a human, that new dual-life form usually refers to itself, in plural first person pronouns, as "Venom".

The vinyl-made Venom Artist Mix Figure is specially crafted based on the appearance of Venom in Marvel Comics. Measures approximately 34cm in height, the re-imagined figure portrays the ominous presence of Venom through his hulking physique, glossy black skin color scheme with reflective blue tones, distinctive web-like patterns in white stretched across his chest, two newly developed interchangeable heads sculpts including a grinning head sculpt and one with his signature long sprawling tongue. Designed to be a semi-articulated body with the ability to perform head, wrist and ankle movements.

Available only in selected markets. Experience the dreaded feeling the web slinger feels whenever he meets the terrifying and aggressive villain! Reserve space for this truly impressive art piece for your Marvel Venom collection!

**Product details can subject to change without further notice

INSTINCTOY is an art toy manufacturer founded in 2005. Mr. Ohkubo, who is the representative, designer and producer of INSTINCTOY, focuses on the creation of original design character soft vinyl figures, and has collaborated with a variety of artists. Mr. Ohkubo, who is a collector of soft vinyl figures himself, always pursues the concept of “creating fascinating works never seen before” and follows his principle of “creating figures at his company that he would want to collect himself“. He has created a wide range of soft vinyl figures with different designs, from cute characters to powerful monsters. Regardless of age, gender or genre, INSTINCTOY is a very popular art toy manufacturer among customers of all kinds.