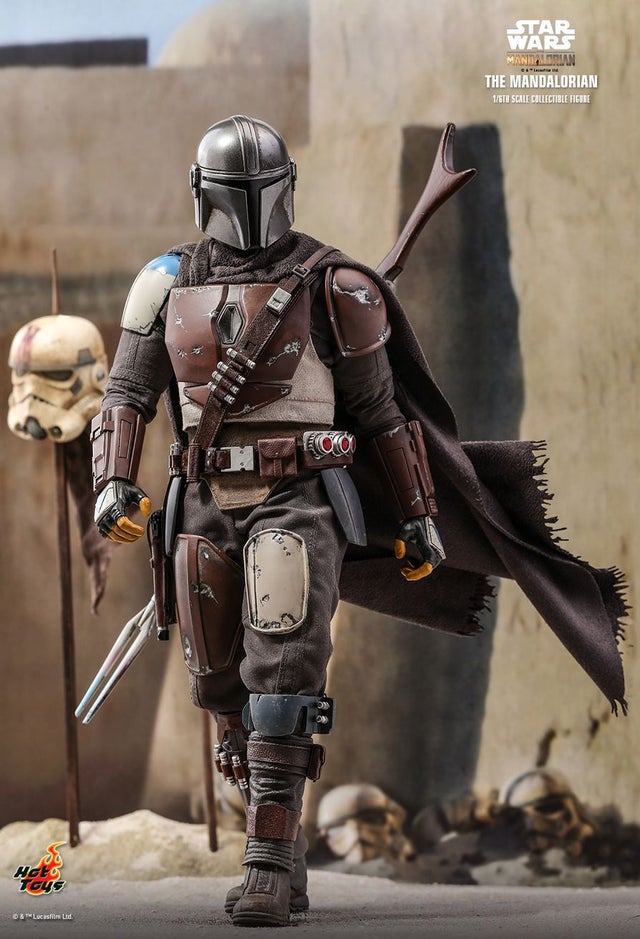 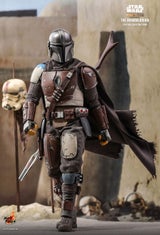 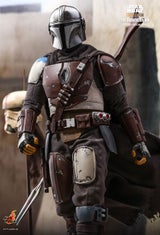 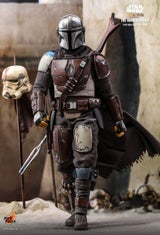 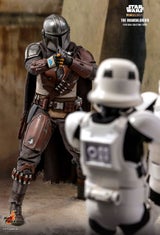 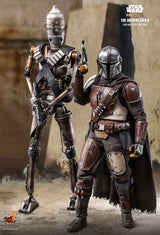 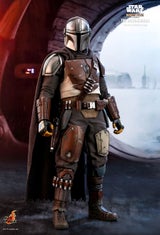 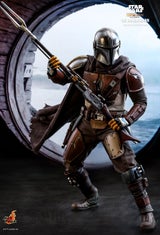 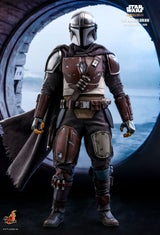 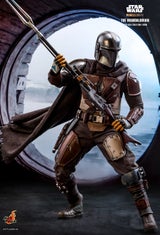 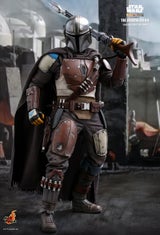 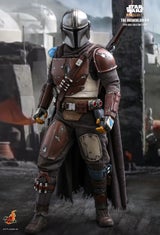 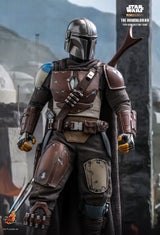 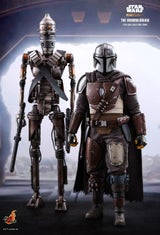 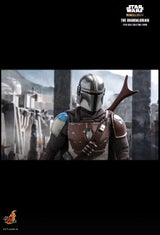 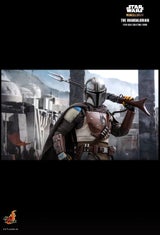 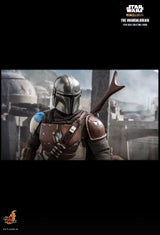 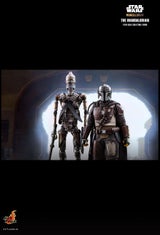 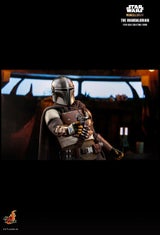 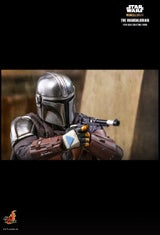 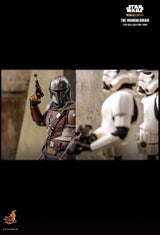 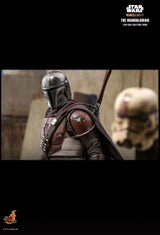 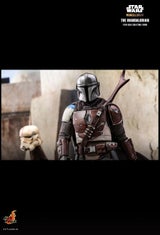 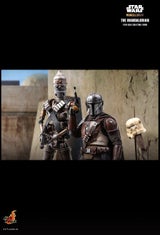 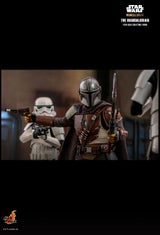 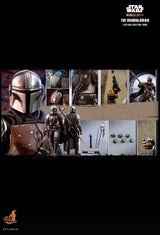 After the stories of Jango and Boba Fett, another warrior emerges in the Star Wars universe. The Mandalorian is set after the fall of the Empire and before the emergence of the First Order. We follow the travails of a lone gunfighter in the outer reaches of the galaxy far from the authority of the New Republic.

In anticipation to the first-ever live action Star Wars series, Hot Toys is excited to announce the 1/6th scale collectible figure of the title character, the Mandalorian.

This Mandalorian collectible figure will surely become a treasured piece to add to your collection.

- One (1) pair of brown colored gauntlets

- One (1) pair of dark brown colored boots with weathering effect