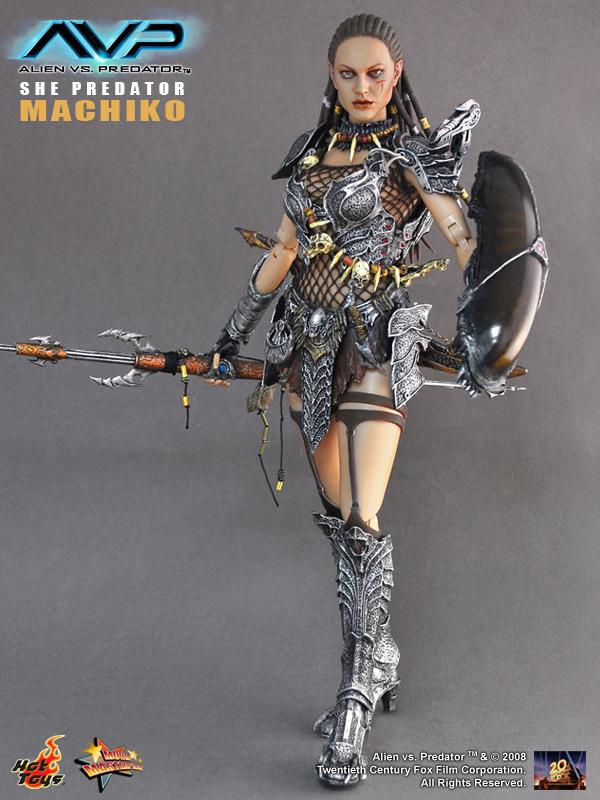 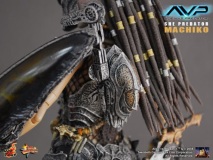 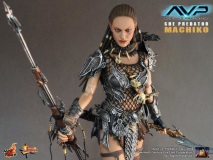 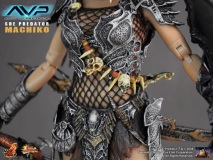 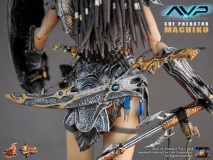 With the impact of the first AVP movie, Hot Toys continues the mission of the character LEX and developed SHE PREDATOR - MACHIKO. MACHIKO is configured as a Human Warrior, recognized by the Scar Predator, who gives her the scars on her face, mask and ALIEN head shield. Given the Predator's strengths and weapons and follow the mission of Predators, SHE PREDATOR- MAHIKO guards and fights against ALIENS.