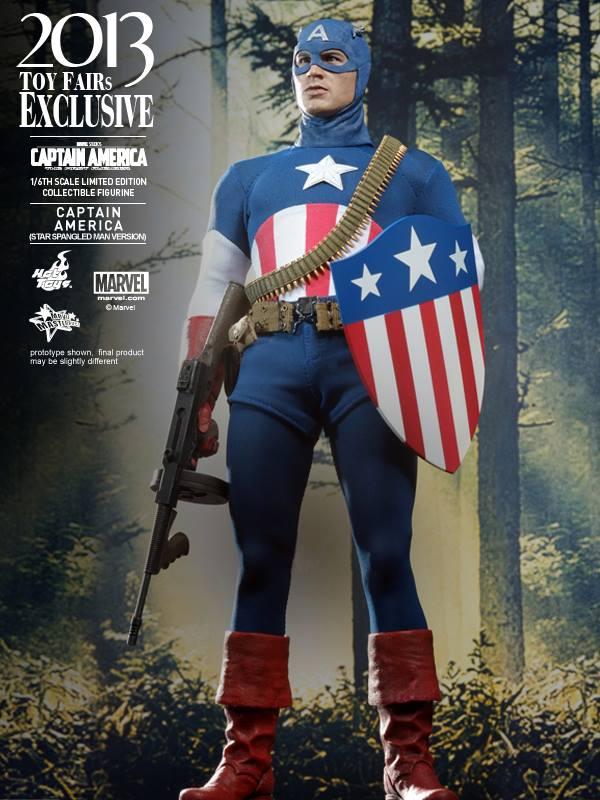 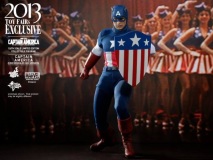 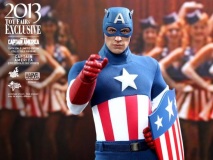 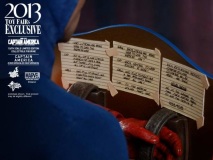 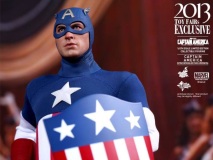 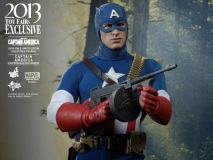 The movie-accurate collectible is specially crafted based on the image of Chris Evans as Captain America in his Star Spangled Man costume in the movie. It features a newly developed head sculpt, highly detailed costume, weapons and accessories.

- Authentic and detailed fully realized likeness of Chris Evans as Captain America in his Star Spangled Man costume in the Captain America: The First Avenger movie

- Muscular body with over 30 points of articulations

- One (1) left palm for holding shield

- One (1) blue, white and red garment with embossed pattern as well as stars in chest

- Figure stand with Captain America nameplate and the movie logo