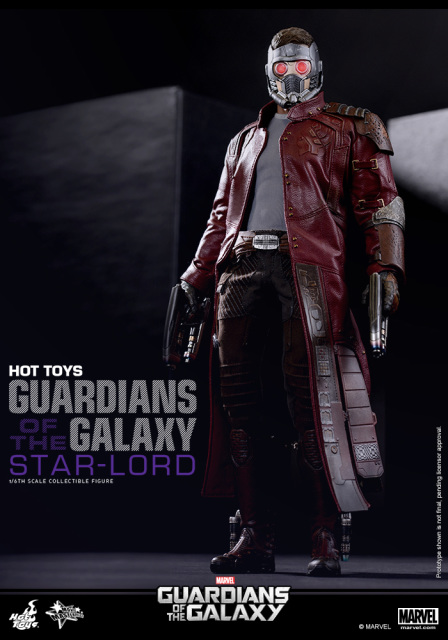 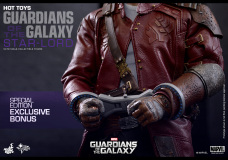 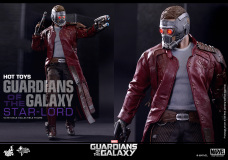 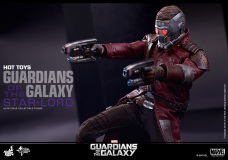 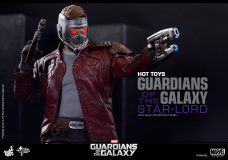 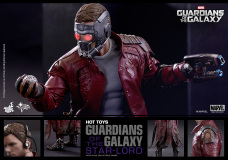 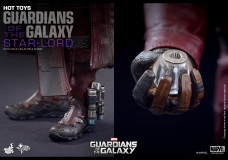 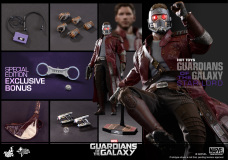 ​“Star-Lord, man. Legendary outlaw.” Born on Earth but drawn to the stars, Peter Quill became the interstellar adventurer known as Star-Lord. In the upcoming Marvel Studios’ Guardians of the Galaxy, Star-Lord must rally an unlikely team of interstellar misfits for an all-or-nothing attempt to protect the cosmos from forces of evil and destruction. In anticipation to this refreshing and action packed superhero film to hit theatres worldwide, Hot Toys is delighted to present the 1/6th scale Star-Lord Collectible Figure!

The movie-accurate Star-Lord collectible figure is specially crafted based on the image of Chris Pratt as Star-Lord in the movie, featuring the newly developed head sculpt, an interchangeable LED light-up masked head sculpt, highly detailed costume, weapons and accessories.

- One (1) pair of palms for holding guns

- One (1) pair of brownish red boots with boosters

- Figure stand with Star-Lord nameplate and the movie logo