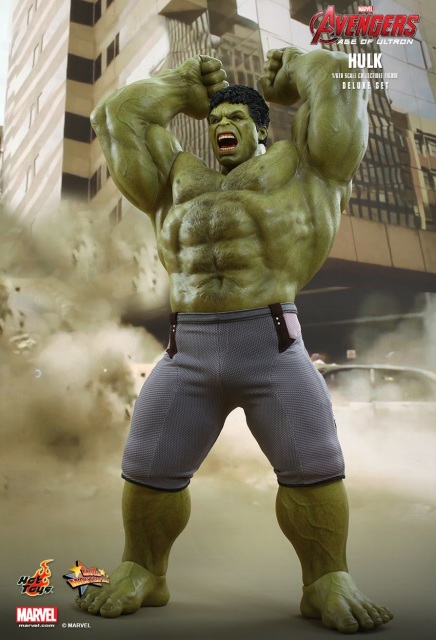 Prepare to meet the big angry monster! In the upcoming highly-anticipated Marvel’s Avengers: Age of Ultron, the Earth’s mightiest heroes are assembling again to defend the world from the dangerous Ultron who is bent on eradicating mankind.

Fans of the angry green giant shouldn’t miss the chance to include this deluxe set to your Avengers: Age of Ultron collection!

- Authentic and detailed likeness of Hulk in Avengers: Age of Ultron

- Giant green-skinned muscular body featuring detailed skin texture and tendons, with over 20 points of articulation, and built-in joints in neck and arms which allow flexible movement

- Two (2) pairs of interchangeable palms including:

One (1) pair of grey shorts with texture