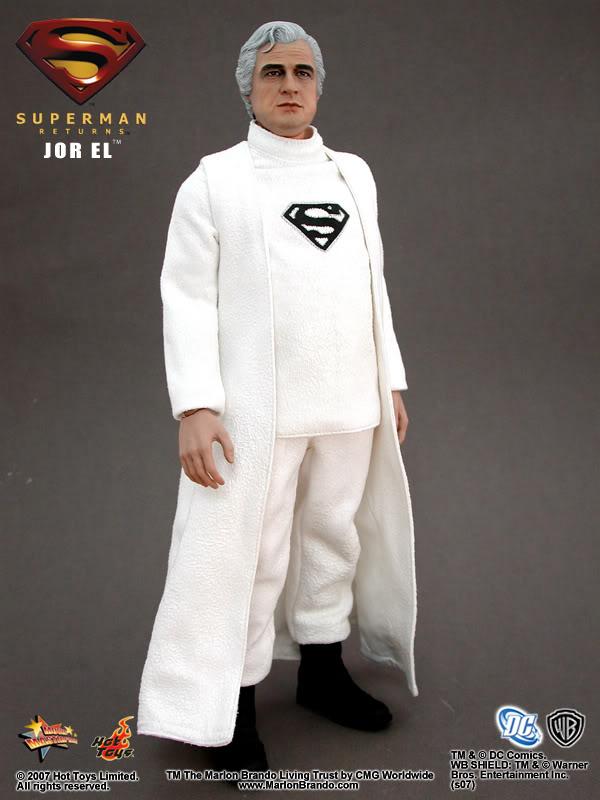 It's Jor-El, Kal-El's pop! And if you're up on your Superman lore, you know just who I'm talking about. Yup, he's Superman's biological dad, he's back, and he's never looked better! This fully articulated 1/6-scale action figure represents Jor-El as he appeared in the 2006 film "Superman Returns." The footage used in that film was originally shot in 1978 during the filming of the first Superman movie (for which Jor-El actor Marlon Brando supposedly received $14 million for 12 days of work!). This figure features an amazing likeness of Brando as Jor-El, and the costume perfectly recreates the texture of the original as seen on the big screen. A must-have item for Supe fans and Brando fans alike!JOR EL figures featured with:

- Over 22 points of articulation

*The robe will show various degrees of yellowing due to material ageing. Please inquire if of concern.