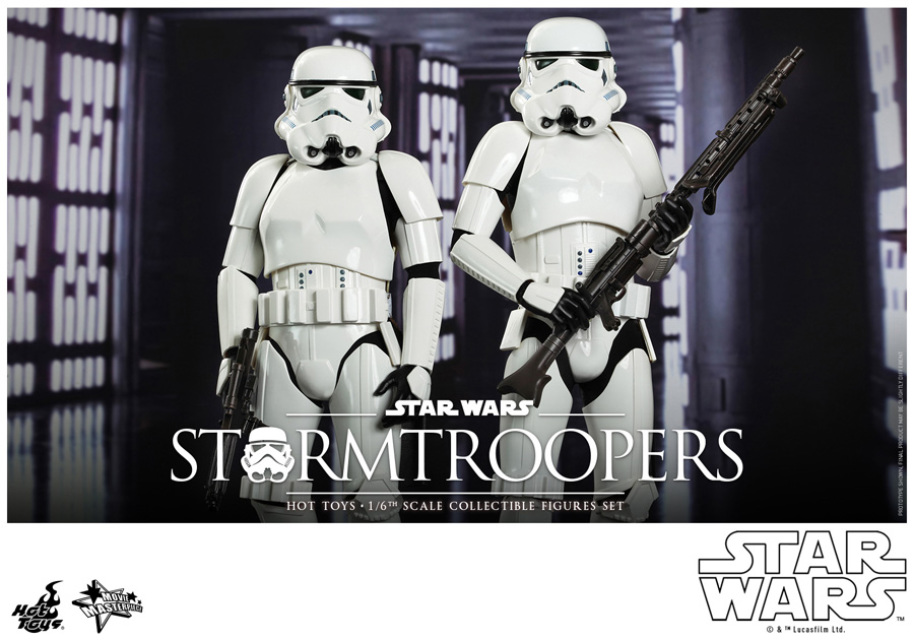 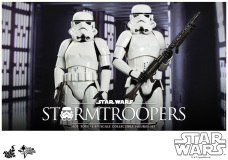 After the official reveal of Hot Toys’ first wave of high-end Star Wars collectible figures featuring the infamous smuggler Han Solo and his best friend Chewbacca which were well-received by fans, we are moving the spotlight to the Galactic Empire for this new wave!

The highly-accurate collectible figures are specially crafted based on the image of Stormtrooper in Star Wars: Episode IV A New Hope featuring bodies with two different heights just like how these non-clone soldiers appear in the film, meticulously crafted Stormtrooper armor and helmet, detailed weapons, and a specially designed figure stand.

This collectible set will exclusively include an additional heavy blaster and a mouse droid as bonus accessories.

Star Wars fanatics don’t pass up on the opportunity to add these troops to your imperial army!

- Bodies with over 30 points of articulations

- Each Stormtrooper includes the following:

- One (1) Stormtrooper belt with leather holster