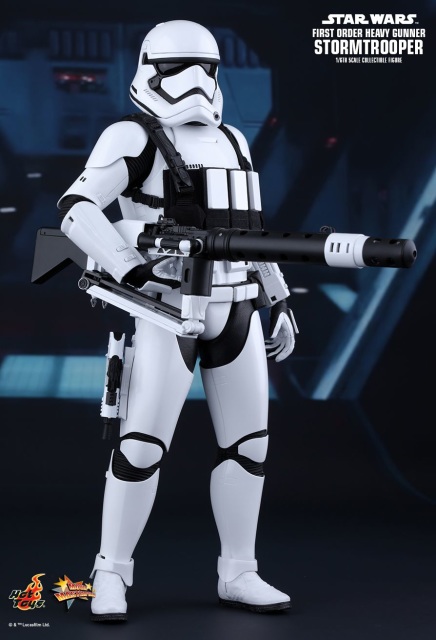 In the upcoming highly anticipated Star Wars: The Force Awakens, a new group called the First Order has come to power and utilizes Stormtroopers to execute its orders. These faceless enforcers are now armed with new armor, weapons and equipment to accomplish their goal.

The highly-accurate collectible figure is specially crafted based on the image of First Order Heavy Gunner Stormtrooper in Star Wars: The Force Awakens featuring the newly designed Stormtrooper armor and helmet, highly detailed and articulated megablaster, a blaster pistol, an artillery vest, and a specially designed hexagonal figure stand with the First Order’s emblem!

It is now the time for Star Wars fans to create your own trooper army with the new First Order Stormtroopers!