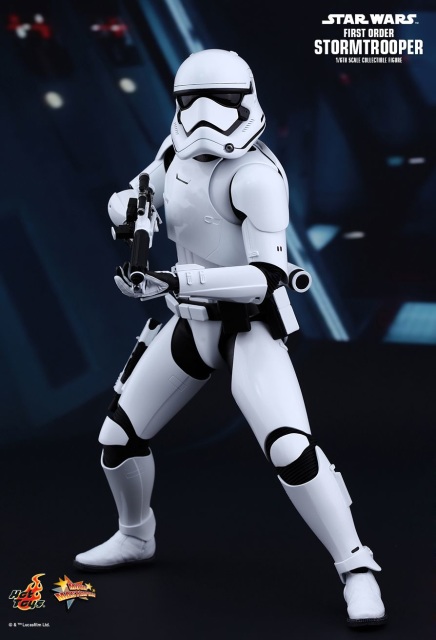 The iconic Stormtrooper is back with a new look in the long awaited sequel of the Star Wars trilogy - Star Wars: The Force Awakens!

Although the Galactic Empire has fallen after the Battle of Endor in Star Wars: Episode VI Return of the Jedi, a new organization called the First Order has come to power and employs the use of Stormtroopers to execute its orders.

It is now the time to create your own army with the new First Order Stormtroopers!

-Body with over 30 points of articulations

-One (1) pair of relaxed palms

-One (1) pair of palms for holding weapons