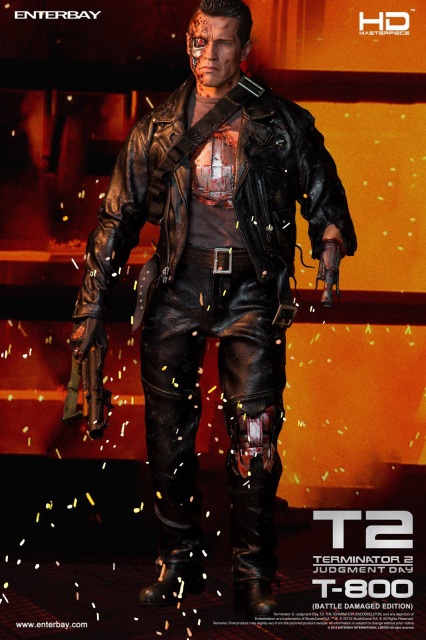 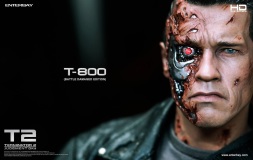 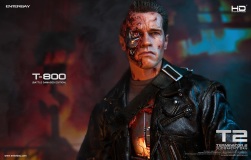 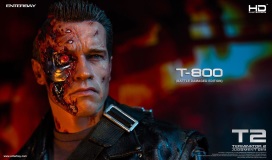 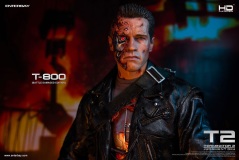 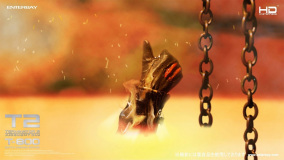 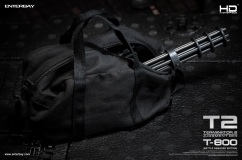 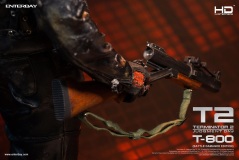 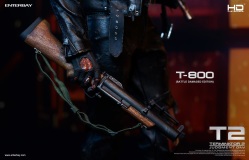 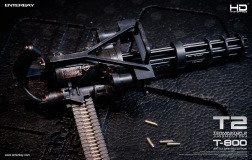 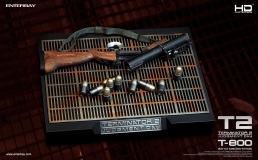 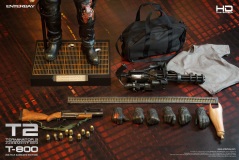 Terminator 2: Judgment Day, also known T2, is a 1991 science fiction action movie. This is a sequel to 1984’s The Terminator. Terminator 2 was a significant box office and critical success. It had an impact on popular culture, and is considered hugely influential in many different aspects. This is also one of the best movies of Arnold Schwarzenegger, we hope that we have created a great 1:4 scale collectible of Arnold’s T-800 for all the Terminator fans and figurine collectors around the world.

A year ago ENTERBAY has created the first 1/4 scale HD Masterpiece movable action figurine. It was the first version of the Terminator 2 movie, a normal edition of the T-800. It was a huge success for ENTERBAY and we hope to create another popular choice for the figurine collectors and the Terminator fans.

- The M79 grenade launcher is partially made of wood and some parts were made of metals. The M134 Mini Gun is made of both plastic and metal, there are barring inside the rotatable metal made barrel.

- Other accessories include: A large black carrier bag (able to carry the M134 Mini Gun), a grey T-shirt (non-battle damaged) and a grenade holster for the M79 grenades

© 2012 Terminator 2: Judgment Day, T2, THE TERMINATOR, ENDOSKELETON, and any depiction of Endoskeleton are trademarks of StudioCanal SA ™ & © 2012StudioCanal SA ® All Rights Reserved.

*Leather-like jacket will have degrees of deterioration due to ageing. There may be fading in the jacket color and may not look exactly like production photos. This is a manufacture production issue for this entire release.

Please research this issue prior to purchasing, as we will not be liable for these defects.