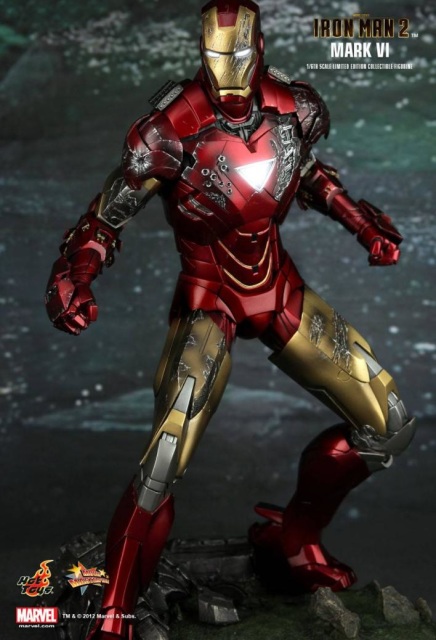 Hot Toys is proud to present the 1/6th scale Mark VI Limited Edition Collectible Figurine from the Iron Man 2 movie. The movie-accurate Mark VI collectible is highly detailed and fully deployed, specially crafted based on the image of Robert Downey Jr. as the iconic character Mark VI in the movie.

- Newly sculpted head with authentic likeness of Robert Downey Jr. as Tony Stark in the movie, in newly developed helmet with removable mask

- One (1) pair of detachable forearm rockets

- One (1) pair of wrist laser on forearm armor

- Four (4) pairs of interchangeable palms including:

*Pevlic piece may have various degrees of color fading.