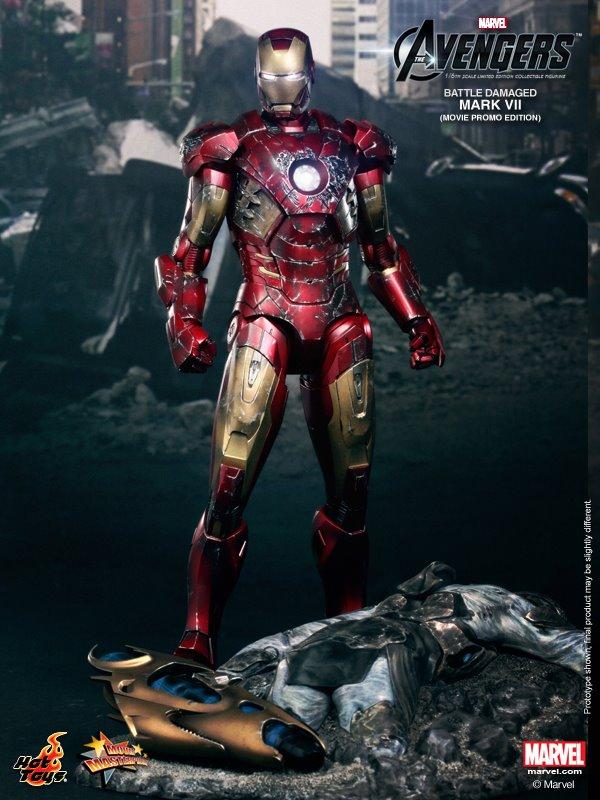 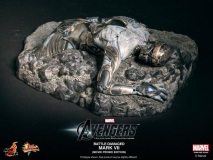 In view of the great response of the Mark VII Collectible Figurine launched earlier, Hot Toys is proud to present the 1/6th scale Mark VII Limited Edition Collectible Figurine in battle damaged version from the smash hit The Avengers movie. It is a movie promo edition which will be exclusively limited to WORLDWIDE only to celebrate the Iron Man 3 movie launch.

The movie-accurate Battle Damaged Mark VII Collectible Figurine is highly detailed and fully deployed, specially crafted based on the image of Robert Downey Jr. as the iconic character Mark VII in the movie.

The first 800 pieces will be firstly available for pre-order in Hong Kong. For overseas Fans, this Collectible Figurine will be available for special promotions in specific markets as limited edition items during the Iron Man 3 movie launch period. Please stay tuned with us for updates!

- Head sculpt with helmet with authentic likeness of Robert Downey Jr. as Mark VII in the movie

- One (1) pair of damaged shoulder armor

- One (1) pair of detachable forearm rockets

- One (1) diorama base featuring the Alien’s corpse